Are Dua Lipa and Trevor Noah a new couple? 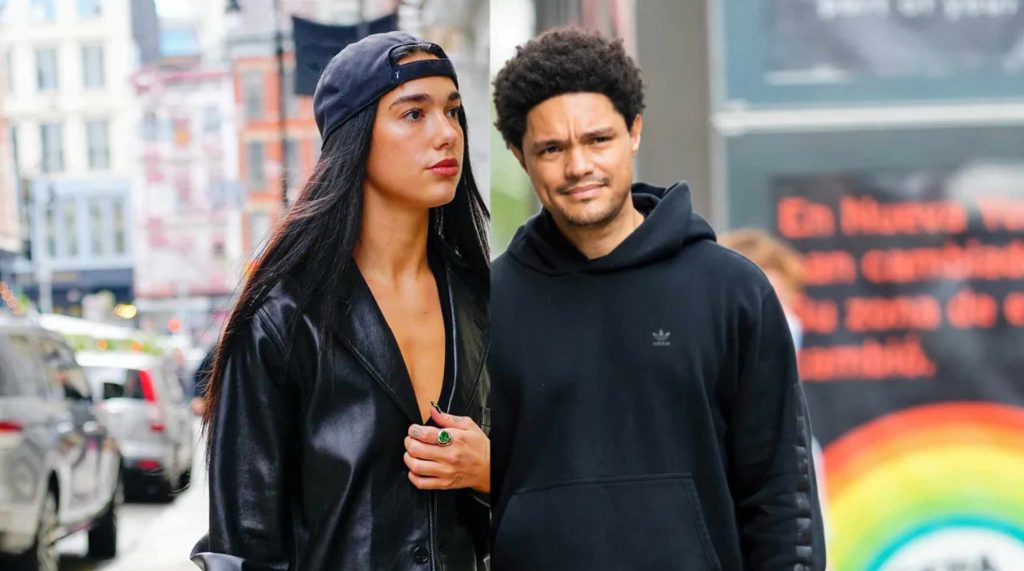 Dua Lipa was spotted with Trevor Noah during what looks very much like a romantic date.

Does pop star Dua Lipa have a new flame?

If it's true that to win your partner you have to make them laugh, we're not surprised that actor and TV comedy host Trevor Noah may have broken her heart. She 27 and he 38, were spotted enjoying an intimate dinner at a New York restaurant.

A witness recounted, "They were sitting quietly away from everyone else in the restaurant. Clearly smitten with each other, they sat next to each other during the meal. They left together and walked, stopping for long hugs and a kiss."

The two, before today, were reportedly officially single after Dua Lipa broke off her relationship with model Anwar Hadid (younger brother of supermodels Gigi and Bella) and Trevor Noah broke up with actress Minka Kelly. No obstacles to their new love then, other than their busy lives in the spotlight.

Maybe we will see them together on upcoming red carpets or something more will leak out in a new single from Dua or a bit of a sizzle from Trevor.

In the meantime, has anyone called Jack Harlow to ask how he is doing after learning the news? The singer has publicly stated that he has a crush on his colleague, even naming one of his songs Dua Lipa but…no dice. Even celebrities are victims of friendzone sooner or later.

Comments about Are Dua Lipa and Trevor Noah a new couple?