“Are you pregnant?”: This is Kourtney Kardashian’s quick-witted reaction to a nasty body-shaming comment 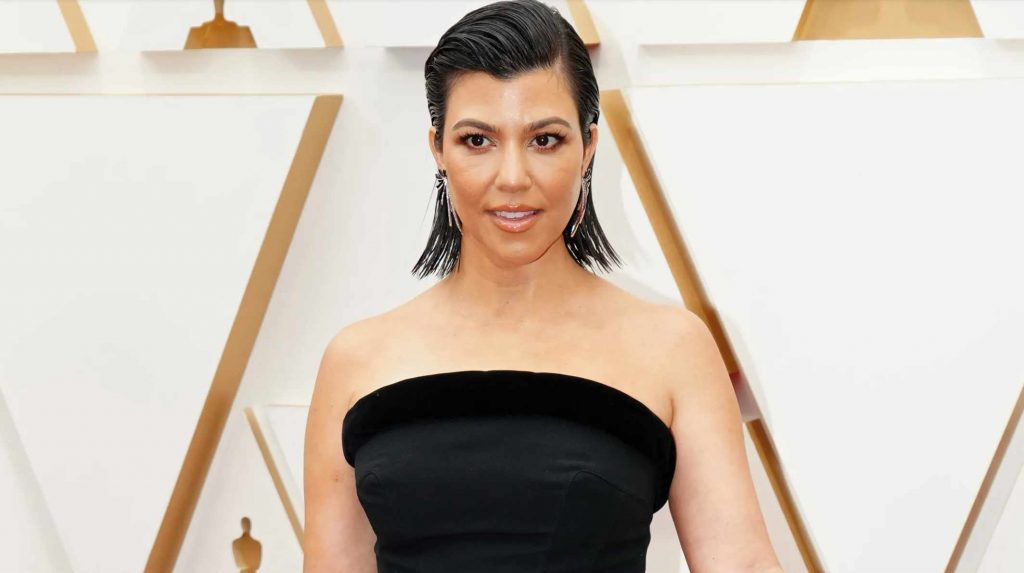 Kourtney Kardashian's response to the question of whether she was pregnant again is simply brilliant and a real statement for body positivity and mum bods .

Just share a picture in your underwear. That's not so easy for stars and influencers. After all, they are exposed to numerous comments - which are not always positive.

Kourtney Kardashian had to experience this first-hand. The reality TV actress shared a backstage picture with her fans for a shoot of her vitamin gummy bears - and could only be seen in nude underwear.

The fact that her perfectly natural (!) belly is slightly bulging forward in this picture and that Kourtney Kardashian puts her hand on it in another picture was enough to provoke numerous insinuations. One of the first comments was: "Wait, did I miss that Kourtney is pregnant?" Nothing, really nothing at all, indicates a pregnancy here. That's why Kourtney doesn't let herself be deprived of the answer to this and writes back glibly: "No, but you've probably never seen a real woman's body!"

An answer that is definitely appropriate. Other followers are also asking whether Kourtney Kardashian, who has already given birth to three children, is expecting a baby, as her belly looks like a "baby bump".

It is not unusual that Kourtney, who is married to Travis Baker, has a certain quick wit by now. After all, the underwear picture is also not her first post where she is the victim of body shaming for showing her natural body.

Back in May 2022, Kourtney Kardashian told her followers with a swimming costume photo that she was not pregnant. In response to comments like, "She looks fat," she said, "That's me with a few extra pounds on my hips, and I love it. I've had three wonderful births and this is the shape of my body."

In addition, Kourtney Kardashian has also been a bit tougher on trolls in the past, writing, "I'm a woman with a BODY," after a social media user wrote, "SHE IS SWANGER."

Kourtney Kardashian as an example of body positivity

Luckily, Kourtney Kardashian also has a fan base that is on the same wavelength as her. So it's easy to ignore the few small exceptions who have to shame mum-bods. More precisely: Around two million (!) followers marked her underwear picture with "Like" - plus thousands of positive comments. Our favourite Bo-Po examples: "I love your real body" or "Finally, a real, beautiful body for a change!" We're happy to echo all of these comments, "Celebrate your curves and your body!" That's right, Kourtney!

Comments about “Are you pregnant?”: This is Kourtney Kardashian’s quick-witted reaction to a nasty body-shaming comment