Bella Thorne and Tana Mongeau – are they together again? 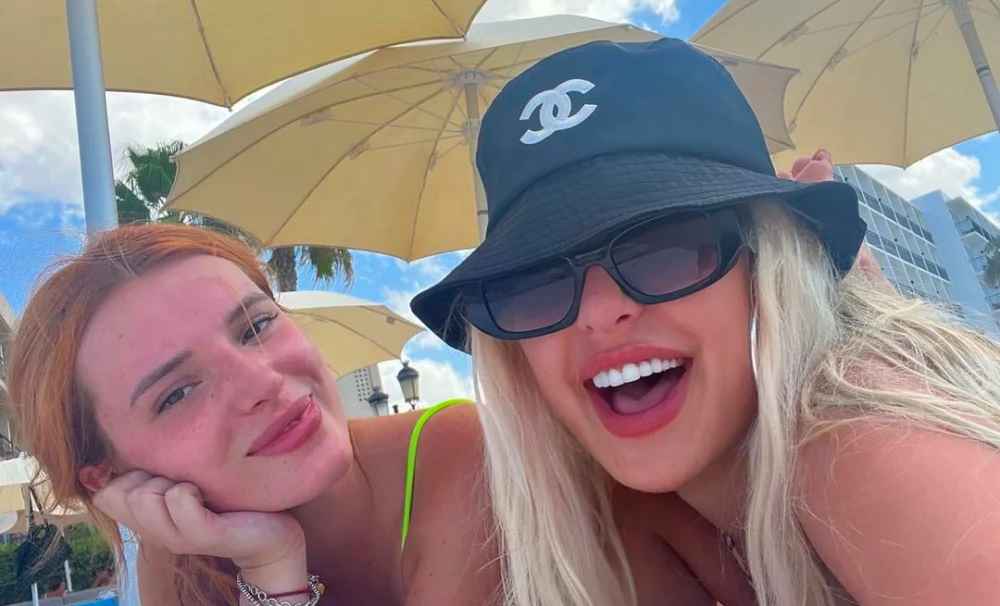 Bella Thorne and Tana Mongeau have been teasing that they got back together after spending a holiday together in Ibiza! Is it really just for clout? Find out below!

Bella and Tana began dating in 2017 and celebrated one year together in September 2018. Tana captioned an Instagram post celebrating their one-year anniversary, "It's so crazy to me how quickly a year can go by when you're surrounded by love you never knew was possible. What started off with a viral kissing photo turned into you being the love of our lives...You swept us up and introduced us to your entire world, we've grown together and learned so much about each other."

The pair split in February 2019  and after that, everything went downhill. Following multiple Twitter feuding, Bella even wrote a new song about Tana called 'Stupid Fucking Bitch' in December 2020. 'Imagine taking the time to make an entire song about me called "stupid fucking bitch" and then having it released on your birthday?' Tana replied on Twitter. In another reply, she added, 'Not me up at five am...absolutely still bazoinked that Bella Thorne tweeted i want to be her.' Bella hit back with a video of herself laughing at Tana's tweets.

Things simmered down again in November 2021, when Tana posted pictures of the exes hanging out together on Instagram along with a caption that read, "Surprise bitch, bet you thought you'd seen the last of us."

Are Tana Mongeau and Bella Thorne Back Together?

After Bella and Tana revealed that they were vacation together in Ibiza in the summer 2022, fans immediately believed that the two were back together again. Tana played around the rekindling rumors in her Instagram page. In an video posted by Tana she said, "I don't know what's going on and I just don't want to know." She also wrote, "You asked. We answered."

A day later, Bella posted a few Instagram photos with the caption, ‘If you know you know.’ One of the pictures she posted was a screenshot of a conversation between Tana and someone who asked Tana if she was dating again. Tana replied with ‘totes.’ Bella commented below Tana's post, ‘Tana is sorry for everything she made up". So she says.

Comments about Bella Thorne and Tana Mongeau – are they together again?