Dahmer: the absurd trends on TikTok 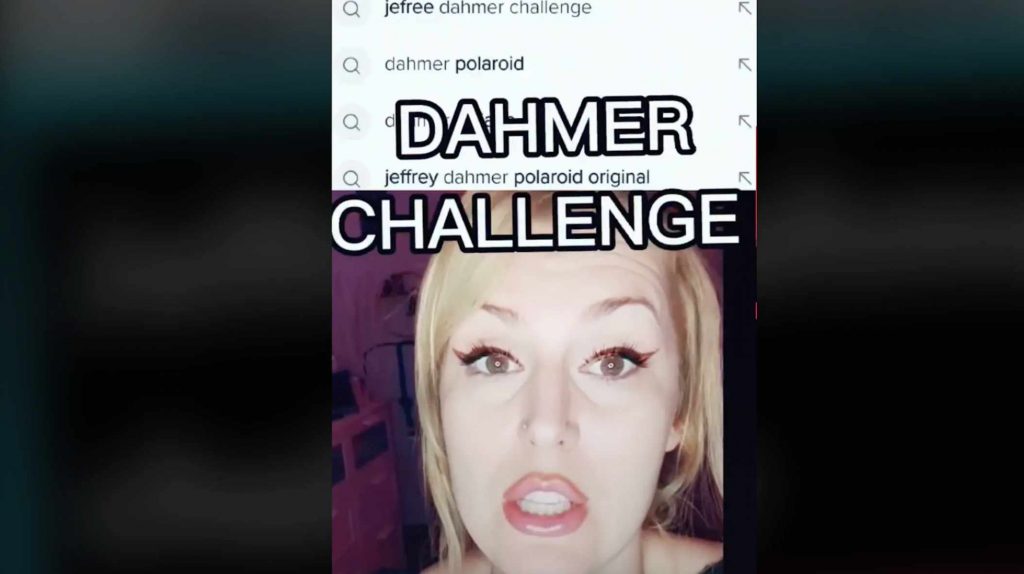 On TikTok it is green light for Dahmer-inspired videos, but how far is it right to go with comedy on the subject?

Dahmer, in a short time, has become one of the most watched series in the world.

Accomplice is the fascination with crime and villains who, as is often the case, are better written and portrayed than the good guys.

Until when is this fascination healthy and when does it cross the line by disrespecting the victims? One wonders about this by looking at the latest TikTok trends where users are being ironic about the affair.

Although it is obvious that the intentions of the majority are comical, scrolling through the for you page, comments of tribute to Jeffrey Dahmer are not uncommon. Separating Evan Peters' talent and beauty with the actual criminal actions of the character he plays, for many* is not so straightforward.

The trend is to be told something annoying that could trigger furious jealousy, so much so that you start dancing like Dahmer, ergo turn into him and act like him to get revenge.

For example, this user on his video writes: "Some guys were flirting with me", a phrase potentially said by his partner, after which Evan Peters (aka JD) appears dancing, as a premise of what the guy might do. Irony? Of course but…let's not.

9 years after its release, Katy Perry ft. Juicy J's hit Dark Horse goes viral again thanks to a TikTok trend. The song actually mentions the criminal/cannibal in a verse but… many users only found out about it after the Netflix series or a few videos appeared on the social media home.

Juicy J sings: 'She's a beast I call her Karma she'll eat your heart out like Jeffrey Dahmer'. Well, to be fair, 90% of us sang it at the top of our lungs in total unawareness and good faith.

The most terrible trend, however, not defensible with irony, is to film oneself reacting, in real time, to viewing the original polaroids taken of the bodies of his victims by Dahmer himself. It is worth remembering that this is raw reality, not cinematic representation. Behind those macabre photos, there are no sets or crews, but lives and families destroyed.

In short, curiosity for crime is legitimate and sometimes even irony, but… there is a limit given by common sense and respect not to be crossed.

Comments about Dahmer: the absurd trends on TikTok