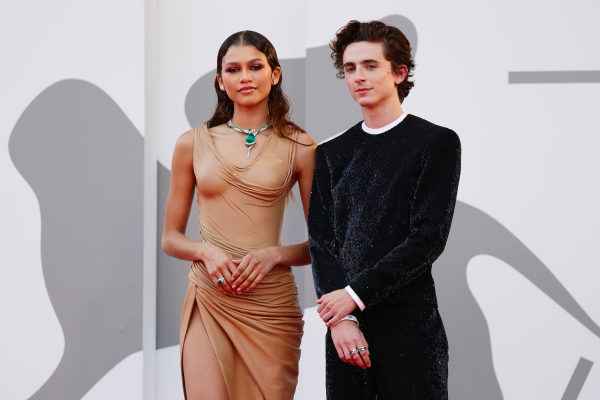 Denis Villeneuve is back on Arrakis, filming of Dune: Part Two has officially begun. Variety reports that the worldwide release of the film will be in November 2023 and that the director has chosen Budapest, Abu Dhabi, Jordan and even Italy as the location of the sequel!

The official synopsis for Dune: Part 2 reads: “The second film will explore the mythical journey of Paul Atreides as he joins Chani and the Fremens on a path of vengeance against the conspirators who destroyed his family. Faced with a choice between the love of his life and the fate of the known universe, he strives to prevent a terrible future that only he can foresee. "

It has also been confirmed that eight Dune: Part One cast members will return for the sequel, and there are five new actors who have been added to the cast.

Timothée Chalamet will obviously return as Paul Atreides, as Zendaya as Chani, a small role in the first film, but which has already been confirmed to be much more important in the sequel.

Stellan Skarsgard again in the role of Baron Vladimir Harkonnen and Charlotte Rampling in that of Reverend Mother Mohiam. Stephen McKinley Henderson will also return for the sequel as Thufir Hawat.

Also confirmed the previously reported additions to the cast: Florence Pugh will play Princess Irulan, Austin Butler will be Harkonnen's heir, Feyd-Rautha. Christopher Walken joins the cast of Dune as Irulan's father, Emperor Shaddam IV. We will also see Léa Seydoux who will play Lady Margot and Souheila Yacoub in a role not yet revealed.

Jason Momoa who played Duncan Idaho and Oscar Isaac who played Duke Leto Atreides probably won't be returning In Dune: Part 2, as their characters were killed in the first film, although there is always the possibility that there are flashback scenes.

Comments about Zendaya and Florence Pugh in “DUNE: PART TWO”