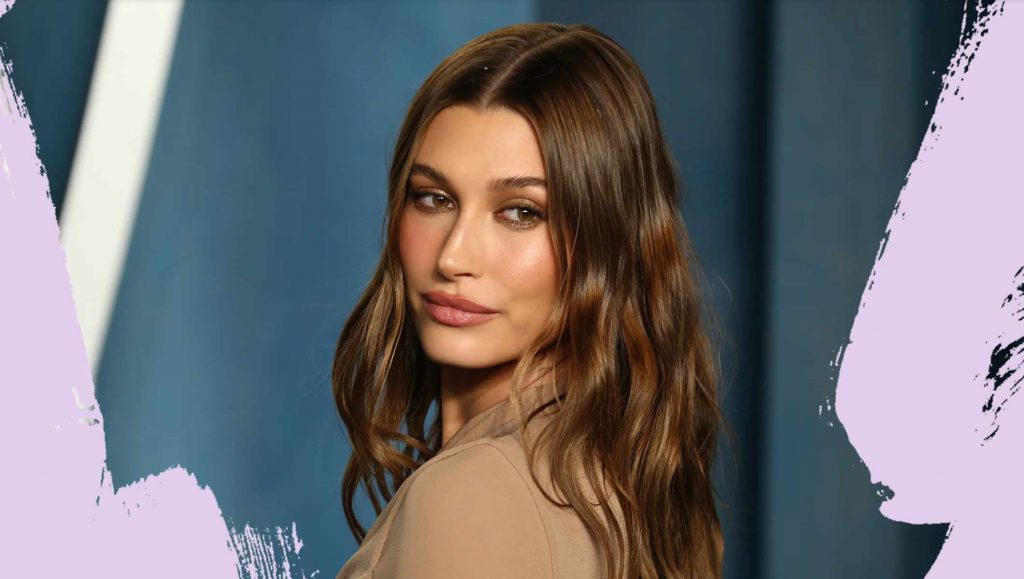 The “Glazed Donut Nails” trend goes into the next round! Hailey Bieber presents the latest variant of the nail design and at the same time makes THIS nail polish color the next manicure hype.

First it was the skin, then it was the nails, and now the “Glazed Donut” beauty trend has a new variation that we all want to try right away – “Chocolate Glazed Donut Nails”. Like their predecessors, the nails here have the same glittery shimmer, but this time with an irresistible chocolate base color instead of a milky pink or nude.

The video for this look comes straight from Hailey Bieber herself. Back in January, she made the “Glazed Donut Skin” trend and then just last month the “Glazed Donut Nails” (the hashtag #glazeddonutnails currently has more than 79 million views on TikTok). Now the model presents a latest variant of the nail design and directly triggers a hype again, because the video already reached more than six million views in just two days. “I know we’re sick of my constant color changes, but … the ‘Chocolate Glazed Donut Nails’ are an absolute fall hit for me,” Hailey said in her post.

While many reach for an autumnal red as the cooler months begin, the light brown nails are an interesting alternative thanks to their muted tone combined with the multi-dimensional top coat.

Hailey’s look was created by celebrity nail artist Zola Ganzorigt. She used a light caramel brown shade in combination with a shimmery top coat to achieve the “Glazed” finish, which adds an extra color dimension to the base shade and appears almost golden under a certain light.

Zola uses “Chrome Effects” in “Tin Man Can” by OPI from the brand’s professional range to achieve the subtle, iridescent finish. For those who want to try the look for themselves, there are plenty of at-home products that can achieve a similar effect and add some shine to the light brown.

Many TikTokers and Influencers have already jumped on the trend and copied the light brown version. And we now have plenty of inspiration for our next manicure. Autumn can come!