Jennifer Lawrence reveals sex and name of her baby 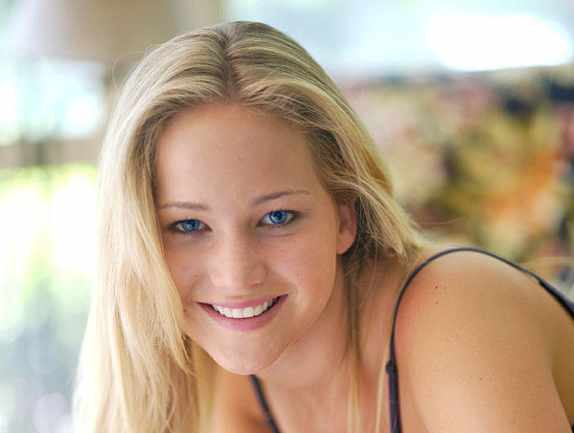 Interviewed by Vogue USA, the actress, who became a mother six months ago, talks about the emotions of motherhood.

Asei months after giving birth, Jennifer Lawrence has finally revealed the sex and name of her first child. It's a boy and his name is Cy, the 32-year-old Hunger Games star told Vogue USA for the cover story of the October issue. And she explained that the name was inspired by that of American painter Cy Twombly (who in turn owed his nickname to baseball player Cy Young, ed.), the favorite artist of her husband, 38-year-old gallery owner Cooke Maroney.

The actress, who won an Oscar in 2013 for The Bright Side, said she felt like "her whole life had started over" when her baby was born. She called the day of delivery "day one." And she explained that when she saw him "I just stood and watched, I was so in love!" Since being a mom, however, she has "fallen in love with all babies wherever they are-baby boys are just amazing. They are little pink, puffy, fragile survivors. I love all babies. My heart has expanded to a dimension I didn't know."

Jennifer Lawrence admitted, however, that all this immense love came as a big surprise to her, because during her pregnancy she was not so sure about her feelings. "I remember walking with one of my best friends when I was about nine months along and telling her, 'Everyone keeps saying I'm going to love my baby more than my cat.' But that's not true. Maybe I will love it as much as my cat?""

But pregnancy, as well as a time of doubt and questions, was also a time of suffering and fear. The star confessed that, before becoming a mother, she had already been pregnant. But she had suffered a miscarriage and had been forced to undergo a curettage: so the fear this time was also great. Also because I had previously "had another miscarriage when I was alone in Montreal in my 20s."

But now that the baby is finally born and doing well, the actress reveals that motherhood will also affect her artistic career. In fact, after a two-year hiatus, she is ready to resume acting, but so far "I've played fairly similar characters in all my films since I was 18. Now I'm curious if, now that I'm older and have a baby, I'll finally be able to get out of it."

Comments about Jennifer Lawrence reveals sex and name of her baby