Julia Fox in tears on TikTok: “I suffer from ADHD and obsessive compulsive disorder.” 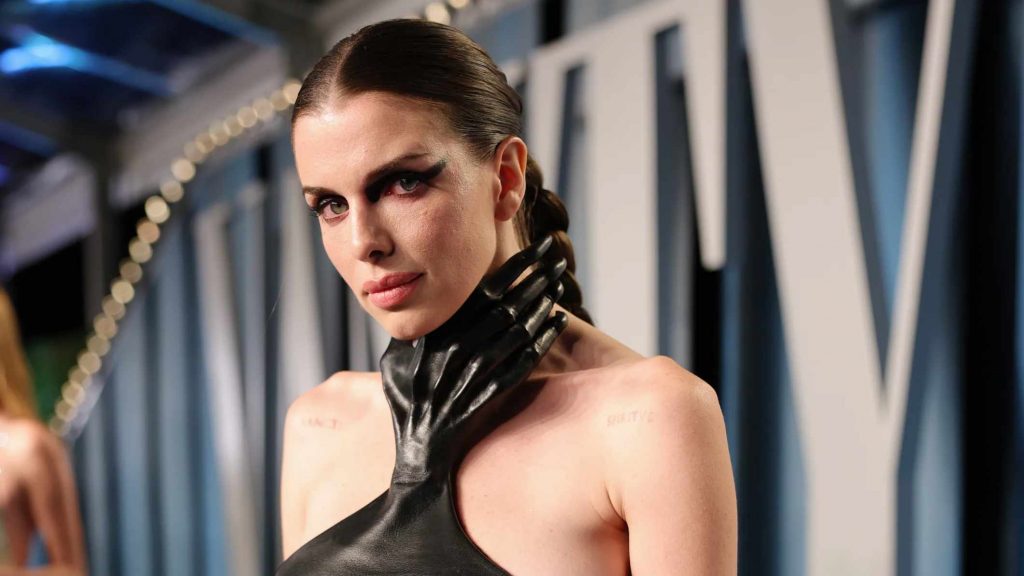 The model and actress, Kanye West's ex, confessed in a video on social filmed from her home bathroom. "It's so hard, it's the first time I'm talking about it," she said. And, "Only marijuana helps me."

Talking about one's mental health problems seems to have become the favorite activity of many celebrities, especially overseas. The latest to speak out about her ailments was Julia Fox, model and former (very quick) flame of Kanye West, who posted on TikTok a video filmed in the bathroom of her home, in which she, makeup removed and shattered by tears, recounts her experience as a subject suffering from Attention Deficit Hyperactivity Disorder (ADHD) and obsessive compulsive disorder.

"I have peaks of great productivity where I feel on top of the world, where I feel like I'm invincible, and then moments of flat calm, of deep nothingness where I can't even move," the 32-year-old model confessed through tears. "I've never, ever talked about it before, but ADHD is really hard to deal with," she added, still in a voice broken with tears.

To attention deficit disorder, the model recently discovered that she also has to add obsessive compulsive disorder (ODC), due to which persistent and unwanted images and thoughts invade her mind, causing her to experience states of anxiety or distress. "I have a habit of getting into the habit of counting how many letters a word contains, I want the number of letters to reach at least ten, and I can't stop," she recounted.

There is only one thing that helps her in this whole situation: smoking marijuana. "I only stop counting if I roll a joint," she explained. "Marijuana is the only thing that can calm the ODC, even though it doesn't do anything against ADHD. It's too much all of that, my God."

Julia Fox, who was born in Lombardy, where she lived her early years, later moved with her U.S. father to New York City. There, as she recounted in her book Heartburn / Nausea released in 2015, she did not have an easy adolescence: with a diagnosis of borderline personality disorder on her, she approached the world of drugs and came close to death by overdose at 17.

Coming out of the tunnel of drug addiction, she seemed to have found peace with New York pilot Peter Artemiev, but after three years the marriage ended in the aftermath of the birth of their first child, Valentino, now one and a half years old. Julia found herself, thus, alone fighting against her ghosts. Ghosts she has decided to talk about in the memoir she is writing and in which-she has already anticipated to Variety-there will be no room for Kanye West. The volume, he announced, will be on shelves in about a year. In the meantime, however, he released a preview of it on TikTok.

Comments about Julia Fox in tears on TikTok: “I suffer from ADHD and obsessive compulsive disorder.”