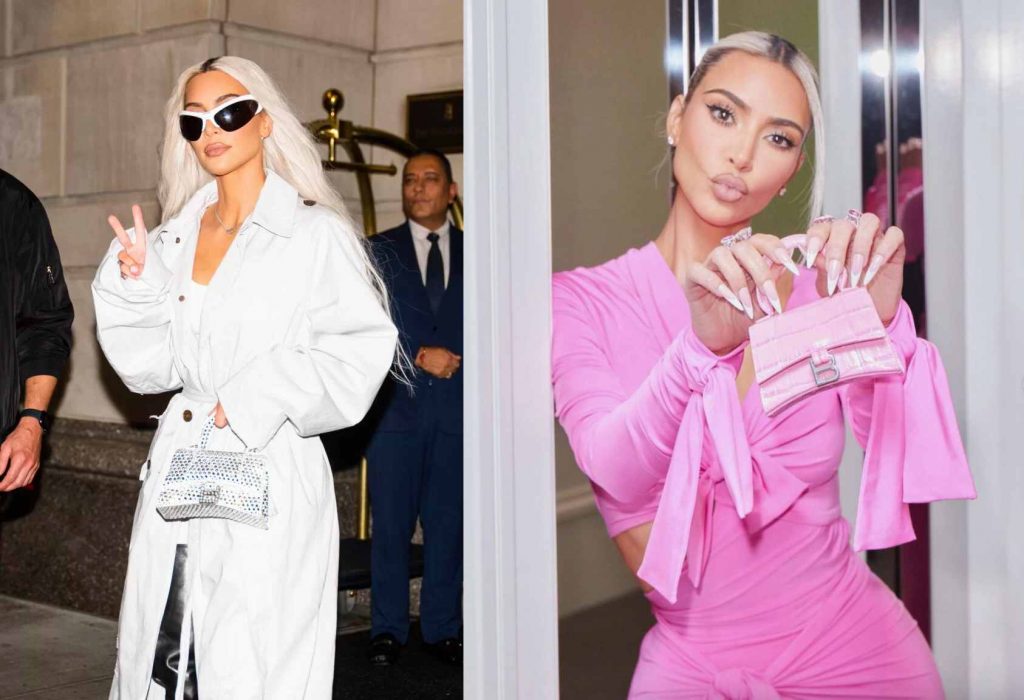 The photos with the children, the accusations, the apology from the Maison. Kim Kardashian's stance and statements on the Balenciaga scandal.

Balenciaga scandal: Kim Kardashian has her say on the brand's latest controversial campaigns, widely considered offensive to children. And she openly condemns them, taking the side of the little ones and public opinion, despite her close relationship with the Demna fashion house.

A long-standing friendship and collaboration, dating back to before her divorce with Kanye West. Doomed to end?

About a week ago, the fashion house released the photos for its 2022 Christmas advertising campaign, Objects. The protagonists of the images taken by Balenciaga are children holding teddy-bear bags with harnesses and BDSM-style details. In the Spring 2023 advertising campaign, on the other hand, behind one of the Maison's It Bags portrayed on a desk, appears a print of a 2008 Supreme Court decision, 'United States V. Williams', confirming the illegality of child pornography. The details did not escape social media, which picked up on the news and called both choices inappropriate, accusing the label. Consequently, Balenciaga removed the offending photos from its accounts and publicly apologised in a post, making mea culpa and openly stating that "our plush bags should not have been featured in this campaign with children".

The same for the handbag campaign: Balenciaga, following the scandal, apologised for 'showing disturbing documents', condemning in short the abuse of children in any form. By way of legal action, it sued the production company North Six and the set designer Nicholas Des Jardins who staged the adverts, claiming around $25 million for image damages.

Kim's reaction to the Balenciaga scandal

A matter that certainly could not leave Kim Kardashian indifferent, who for some years now has made the brand a staple of her wardrobe, in addition to appearing in the front row at all the fashion shows, starring in various advertisements and events in the role of brand ambassador.

Kim's statement on the matter was not long in coming: on Sunday 27 November, the star broke her silence by issuing a press release via her Twitter profile. The mother-of-four - North (8), Saint (6), Chicago (4) and Psalm (2) - said she was 'shaken' by the disturbing images, and made it clear to her fans that she had had a confrontation with Balenciaga's top management, assuring them not only that they understood the seriousness of the incident, but also that they would take the necessary steps to ensure that it never happened again.

"The safety of children is paramount and must be treated with the utmost consideration. Any attempt to normalise child abuse of any kind should have no place in our society, full stop," said Kim Kardashian. "As for my future with Balenciaga, I am currently re-evaluating my relationship with the brand, starting with taking responsibility for something that should never have happened in the first place and based on the future actions I expect to see them take to protect children."

The end of the love?

Meanwhile, the shares of Kering, the group of which Balenciaga is a member, fell -0.02% to coincide with the fuss raised by the campaigns. Not exactly an easy moment for the company, fresh from Alessandro Michele's departure from Gucci. As far as Kim Kardashian's relationship with Demna and the brand she has led since 2015 is concerned, it is well known that the star has always been a big fan - even if she has recently 'betrayed' him on several occasions with Dolce&Gabbana.

Often spotted wearing the fashion house's crystal micro-bags and second-skin effect stretch suits, starting with the sensational dress that covered her face at the Met Gala 2021, Kim has also expressed positive opinions towards the brand in one of the episodes of the TV series about the vicissitudes of her family, The Kardashians. Not to mention that Demna, before another fuss, that relating to Kanye West's anti-Semitic statements, was close friends with her ex-husband. How will Kim Kardashian's relationship with the fashion house now change? The only certainty: where there is scandal, there is Kim.

Comments about Kim Kardashian and Balenciaga: the star condemns the brand’s latest campaigns