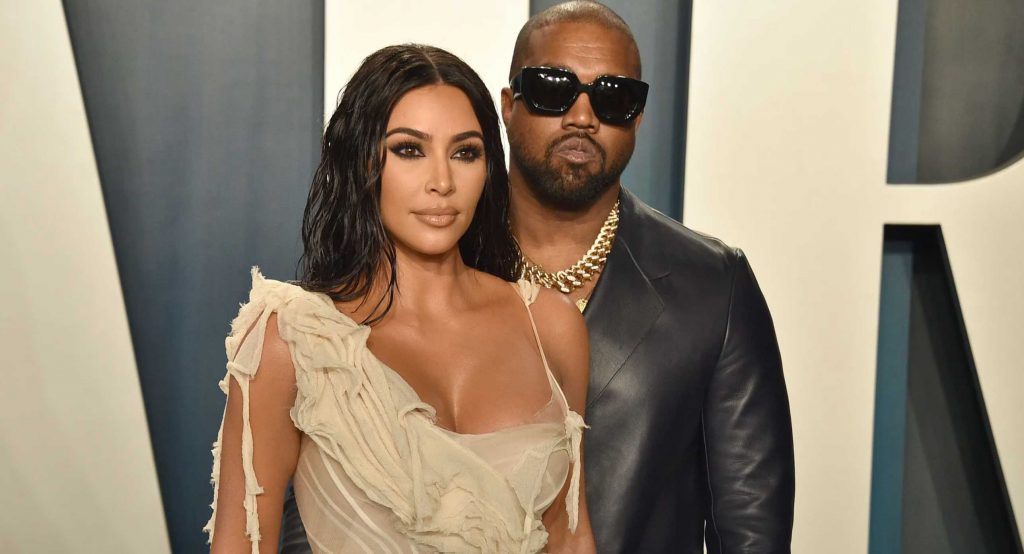 Kim Kardashian supported the Jewish community on Monday 24 October, days after her ex-husband made anti-Semitic comments on Instagram. Since the broadcast of Kanye West's hateful comments, the rap star has been shunned by many personalities.

"I stand in solidarity with the Jewish community and demand that the hatred towards them end immediately," Kim Kardashian wrote on her Instagram account on Monday 24 October. The reality TV star spoke out a few days after her ex-husband's anti-Semitic comments were posted on social networks earlier this month. She described such speech as "never acceptable or excusable". On 8 October, Kanye West was blocked by Twitter after he publicly declared: "I'm playing 'death con 3' against Jews". The post followed an initial comment in which Ye suggested that Jews control the media.

Page Six reports that Kim Kardashian's sisters - Khloé Kardashian, Kendall Jenner, Kylie Jenner and her mother, Kris Jenner - joined her in condemning antisemitism on social media. They posted on the same day: "I support my Jewish friends and the Jewish people.

Against the rap star

Since the broadcast of his hateful comments, Kanye West has been criticised en masse. Balenciaga cut ties with the rapper, days after the celebrity walked the runway for the brand. Some online users called on Adidas to end its partnership with Ye, after he boasted in an interview: "I can literally say anti-Semitic things and Adidas can't get off my back."

After the presentation of the "White Lives Matter" t-shirts at its Paris Fashion Week show, the sportswear brand announced that it was "considering" the partnership, without providing further details. John Legend, Jamie Lee Curtis and Morgan Spector have already ousted Kayne West. The latter refuses to apologise for his anti-Semitic statements and the damage is done. In Los Angeles this weekend, posters were hung above a motorway: "Kanye West is right about the Jews".