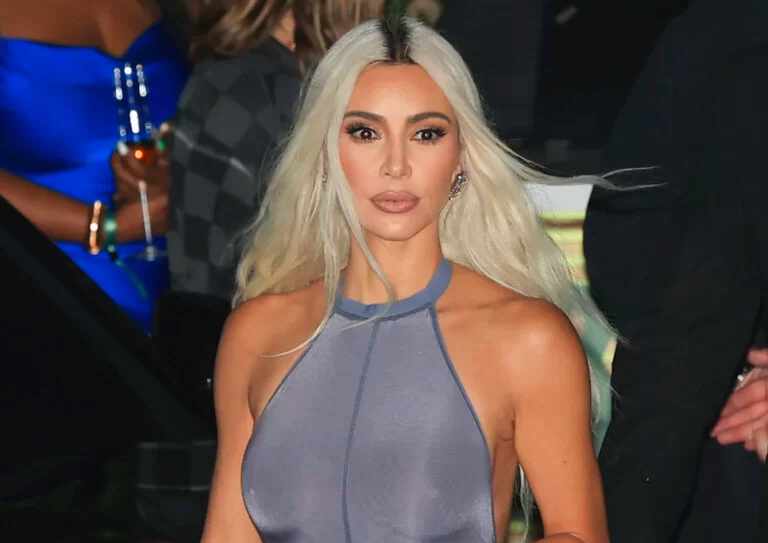 When a love affair ends, the headshot from the hairdresser also comes right on time. This is confirmed by Kim Kardashian who, after breaking up with 28-year-old actor Pete Davidson, stuns everyone with her unrecognizable new hair look in full blonde.

With the silver hair phase over, Kanye West’s ex-wife has gone back to blond fatale. At first she seemed to have settled on the classic ultra-long bombshell look, as seen in Balenciaga’s new campaign for the fall winter 2022/2023 season.

Now, however, with the help of trusted hairstylist Chris Appleton (fresh from the travails of JLo’s second wedding), the fashion and beauty star and entrepreneur dares a new (and surprising) step in the role of the – very hot – September cover girl of Interview magazine.

For the American magazine’s “American Dream Issue,” the most famous (and richest) of the Kardashian clan lightens up to a very light blonde, including her eyebrows. A platinum shade in total agreement with the hair.

Light years away from the mermaid style with dark regrowth sported in August, here it is shorter and center parted, with the locks around the face sculpted in light scaling that reaches the shoulders and is barely wavy.

In the interview, Interview Magazine editor in chief Mel Ottenberg asks her about this unprecedented super glow look, “So Kim, is it true that blondes have more fun? Do you think you’ll keep this color?”