On Tik Tok, the Negroni fashion rages on. Thanks to actress Emma D’Arcy 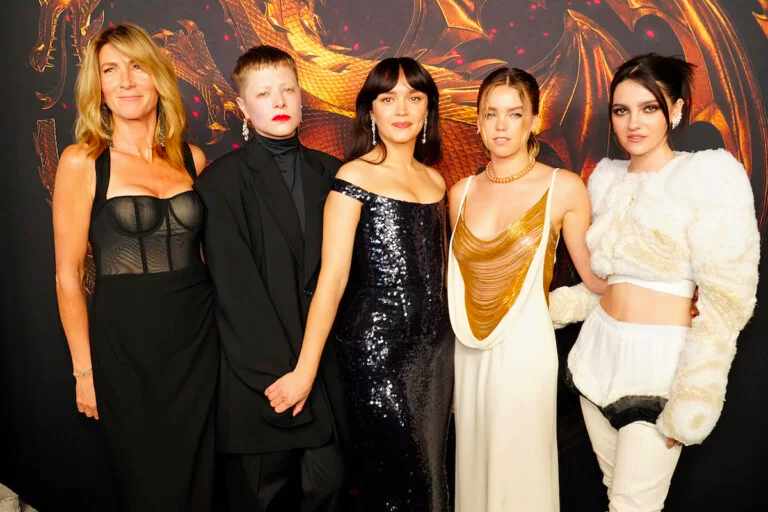 It took very little for the clip in which D'Arcy advises set colleague Olivie Cooke, Queen Alicent Hightower in the series, 'A Negroni… Wrong… with Prosecco in it", went viral.

Here we go, here comes a new trend on TikTok and, this time, the catchphrase is about domestic spirits. The new cool cocktail in the US seems to have become the wrong Italian Negroni.

And the credit would go to Emma D'Arcy, who plays Rhaenyra Targaryen in the highly followed series House of the Dragon.

Rhaenyra crazy for the wrong Negroni

It took no time at all for the clip in which D'Arcy advises set colleague Olivie Cooke, Queen Alicent Hightower in the series, of her favourite drink, namely 'A Negroni… Wrong… with Prosecco in it' to go viral and turn the 'princess' response into something of a mantra.

Emma D'Arcy's British accent, her winking pose and persuasive tone of voice literally sent the internet into a frenzy. And so, now, there are over 15 thousand social posts picking up on the trend and there are also hundreds of thousands of 'duet' videos in which users film themselves melting to hear Emma ask for her favourite drink.

And as if that weren't enough, it seems that bartenders in the US are already joking about being dead tired from the non-stop preparation of these Made in Italy cocktails.

The Italian Negroni sbagliato lands in the US

The so-called wrong Negroni is a cocktail born in the early 1970s in the legendary Bar Basso in Milan. It is the bartender Mirko Stocchetto who, perhaps by mistake it is not known for sure, in the red vermouth and Campari clmix of the classic Negroni, added prosecco instead of gin. On tasting, however, there was no criticism, but the cocktail became an instant success.

So the Americans are ready for their new alcoholic obsession. And after the Aperol Spritz and rosé it is the turn, thanks to Princess Rhaenyra Targaryen, of the legendary Negroni Sbagliato.

Emma D'arcy: the non-binary actress star of House of the Dragon

Always with her usual irony, D'Arcy commented on the affair to the New York Times: 'I think I should tell my mum that I've become a meme because she would be happy for me. The problem is that then I would have to explain to her what a meme is and that would be too much effort,' she said.

Consecrated by her role in one of the most anticipated series in recent years, D'Arcy, a non-binary person, has always spoken openly about her identity and how it should in no way affect her work.

The actress is enjoying her well-earned celebrity and, with respect to Rhaenyra's alter ego, she confessed to The Hollywood Reporter that, "stepping into Princess Targaryen's," has served her well.

Certainly to better understand her emotional sphere as a girl born and raised in a world of men. But also to understand what it means to make any gesture and lie in order to maintain a status, that of heir to the throne.

Comments about On Tik Tok, the Negroni fashion rages on. Thanks to actress Emma D’Arcy