Spends $60,000 to look like Kim Kardashian: “Some in the family don’t recognize me anymore” 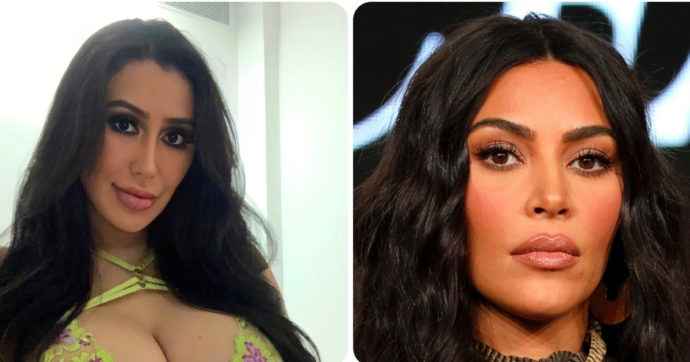 A 28-year-old girl from South Korea underwent 15 surgeries to look like her idol. "Many people tell me I should be taller and more curvy, but being Asian, it's not easy."

Kim Kardashian, what a passion! 28-year-old Cherri Lee, born with the name Hanbyeol, spent the beauty of more than $60,000 to look like the reality star. The story comes from South Korea and the protagonist is this young woman who underwent 15 surgeries to achieve her dream. "Kim has always been an inspiration to me and is the most beautiful woman in the world in my eyes," Lee recently told the South West News Service.

The first surgery was when she was 20 years old to get double eyelids. Over the years she has modeled the shape of her breasts, the shape of her buttocks, and undergone several facial reconstructive surgeries. A real transformation, "I actually look like a completely different person now than I did before," she said. "I look Western and some of my Korean family members don't even recognize me anymore."

Cherri Lee is a part-time English teacher and does not say she regrets the path she has taken. In fact, her only regret is that she did not start it earlier. "I didn't like how I looked before, but now I'm really happy," she let it be known. When she leaves the house it happens that she is mistaken for Kim: "Many people, however, tell me that I should be taller and more curvy, but being Asian it is not easy."

Kimberly Noel Kardashian, commonly referred to as Kim Kardashian, is a celebrity who has had a successful career as a T.V. star, entrepreneur, socialite, and fashion icon. Her net worth is $1 billion USD as of 2019. A member of the Kardashian family, she has influenced every aspect of modern culture.

The millionaire has succeeded at influencing every aspect of popular culture, including music, fashion, television, movies, and art. She is also a regular fixture in one of the most famous families, Kardashians and Jenners.

She rose to fame because of the popularity of the popular E! reality television series "Keeping Up With the Kardashians." The show focuses on the relationships within Kardashian's family. Additionally, it was one of the most recognized and iconic TV shows of all time. In the twenty season reality television series, the Kardashian's make efforts to put their family first, while controlling their growing fame. The program presents audiences with their expanding businesses, passionate relationships, and disastrous tragedies.

Comments about Spends $60,000 to look like Kim Kardashian: “Some in the family don’t recognize me anymore”