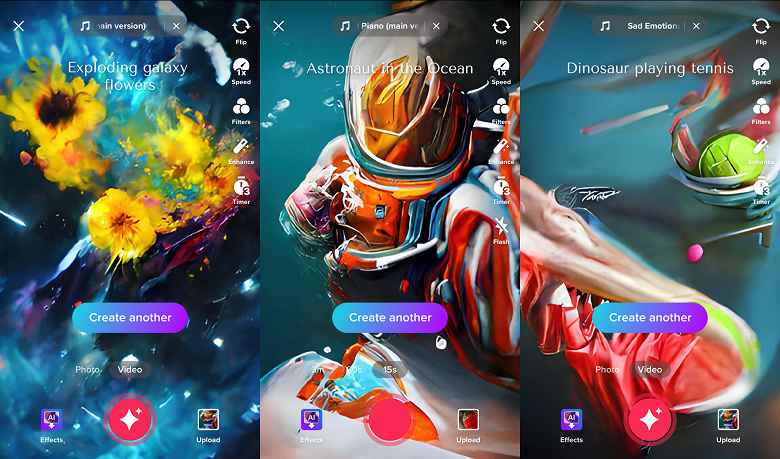 ...But there are limitations - for example, the system will not show a naked body.

The TikTok mobile app now has the ability to create background images based on a text description using artificial intelligence. As noted, the system is not able to generate photorealistic images - they look like drawings. Also, she can only form relatively simple images, and even makes some topics intentionally abstract.

It is noted that the technology of creating images from a text description is becoming more popular. Probably in the future it will appear in other social networks.

It was previously reported that the DALL-E neural network generated a series of images for the request “the last selfie on Earth” and scared many users.

On the TikTok page of Robot Overloards, they published a series of images that were generated by the request "the last selfies on Earth." According to user feedback on social networks, these images scared many. Someone even stated that after watching he could not sleep normally.

All images show apocalyptic scenes, disfigured people holding phones, around which real chaos is going on. One of the selfies contains an animated image of a man in a space suit. The images include scenes of nuclear explosions, falling bombs, smoke, ash and burning cities.

It is worth adding that DALL-E creates images based on information provided by users, so this should not be taken as a prediction of the future.

Previously, the DALL-E 2 neural network completed the classic paintings, making Mona Lisa have legs. In addition, the neural network has created its own language that scientists cannot decipher.