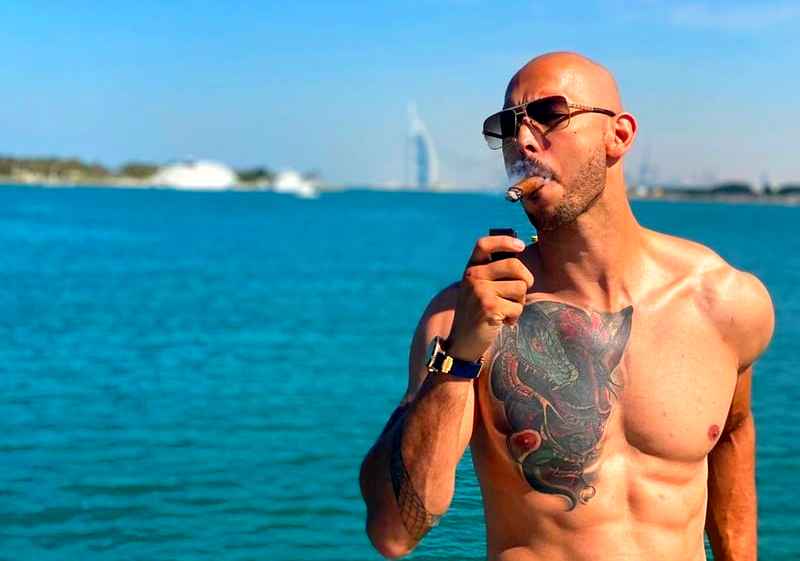 Controversial influencer Andrew Tate has been banned from Instagram and Facebook for what Meta called a violation of his policies.

A former kickboxer and contestant on the hit series Big Brother in 2016, Tate made headlines and is widely known on social media for his controversial ideas, which have often been labeled "dangerous" and "misogynistic."

Andrew Tate, a self-described "successful coach" who has been criticized for what many see as misogynistic advice, has been banned from Instagram and Facebook.

A spokesperson for Meta, which owns Instagram and Facebook, confirmed to NBC News on Friday that the company removed Tate's official accounts from social media platforms for violating the company's policies on dangerous organizations and individuals. The spokesperson also confirmed that the ban is permanent.

The ban follows an online campaign to remove Tate from the platform, whose influence on its mainly young audience has become a growing concern among parents and teachers.

At the time of the ban, Tate had 4.7 million followers on Instagram.

A British community known as Hope Not Hate has expressed satisfaction with Meta's recent update to banish Tate. Joe Mulhall, research director at Hope Not Hate, told the BBC that Tate "poses a real threat to young men, radicalizing them to extremism, misogyny, racism and homophobia."

Mulhall added that his group asks TikTok to follow suit.

Tate was removed from Big Brother season 17 after a video was released showing Tate hitting a woman with a belt, which he said at the time was consensual.

Shortly after his appearance on the show, he began to grow in popularity. In 2017, Tate was also banned from Twitter after commenting that women had to "take responsibility" for being sexually assaulted during the rise of the #MeToo movement.

Since then, Tate has gained a huge fan base. He has become an icon of hyper-masculinity, gaining millions of platform followers and fans from groups of men's rights activists and far-right influencers in the process.

A woman cut off her boyfriend's penis after she "attacked" her daughter
The comedian replies that he was canceled after exposing himself on stage
In other videos, podcasts, and interviews over the years, Tate has drawn criticism for his comments on treating women. In a video uploaded to Youtube by Barstool Sports, Tate said he must have "authority over women".

"If I have responsibility for her, then I must have some degree of authority," he said, later adding, "You can't be responsible for a dog if he doesn't obey you."

Tate has been active in far-right circles for years, but began gaining mainstream followers and attention after appearing on multiple Twitch podcasts and streams.

It went on to go viral largely due to its extreme claims: comparing women to property, graphically describing how he would assault a woman for accusing him of treason, and claiming that men would rather date 18 and 19 than women around age. 20 years because the former had sex with fewer men.

His views have been widely reposted on TikTok and Instagram Reels.

He denied allegations of misogyny and previously told NBC News that his statements about him involve teaching men to "avoid toxic people as a whole."

Tate was also accused of running a pyramid scheme through his online program "Hustler's University 2.0" and of being involved in a human trafficking operation after Romanian police raided his mansion based on a tip on an American woman held against her will. Tate denied both allegations.

It also received backlash in 2017 when, at the height of the #MeToo movement, it tweeted that women should "take some responsibility" for being sexually assaulted, among other widely criticized statements that seem to blame women for the abuse and harassment. they receive. Twitter permanently suspended his account that year.