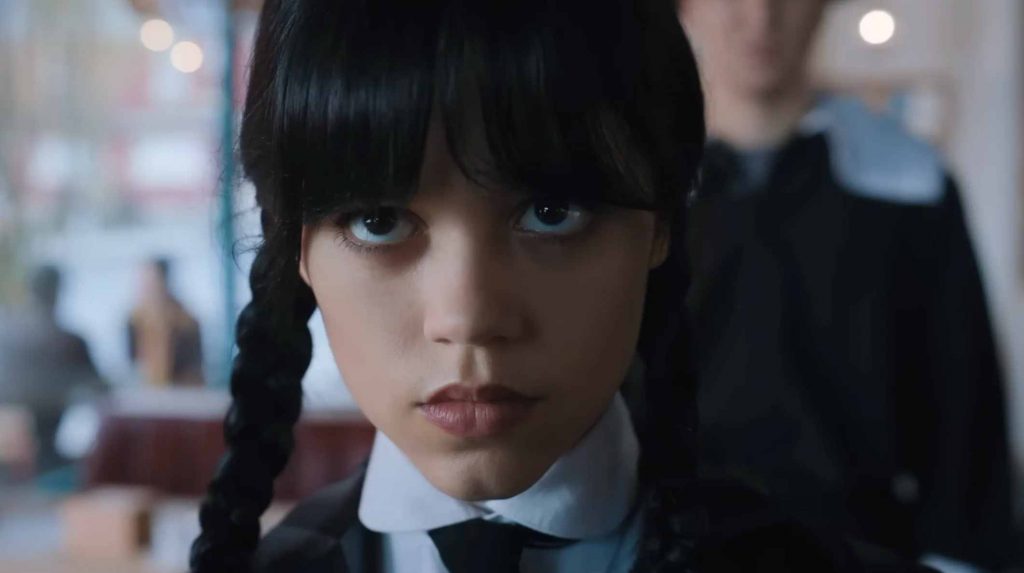 Jenna Ortega (a.k.a. Wednesday) has a dark, penetrating and…perennial gaze. Have you noticed that she (almost) never closes her eyelids? Know that this is no accident.

It was by no means easy for Jenna Ortega to take on the grim role of Wednesday Addams after Christina Ricci's performance that made the character iconic. Yet, the young actress is convincing the majority and, the new Netflix series, is a huge success.

No detail is left to chance and, the most attentive viewers have picked up on one in particular: Wednesday hardly ever blinks.

Jenna Ortega has revealed the total intentionality of this, which was worked out with director Tim Burton. The latter wanted to be as faithful as possible to the mannerism of the little Addams girl and, one of the expressions he aspired to in order to achieve this, was the 'Kubrick-esque' look: chin down, eyes peering upwards between the eyebrows and relaxed facial muscles. In the style of The Shining and A Clockwork Orange.

Imagine having to remember the lines, interpret them as best you can and not being able to give your eyes even a few thousandths of a second of natural rest. Ortega admitted it was no child's play and the task was made even more difficult by the cold, wintry Romanian wind, which was putting a strain on his tear duct.

But there is a trick: blinking when it's the co-stars' turn to say their lines. Sure, you'll catch some of her imperceptible eyelid closures in the series but, she's gotten so good at keeping her eyes averted, you'll feel like a keen observer every time you manage to notice 'the mistake'.

If you needed an excuse to re-watch, here it is: keep count of Wednesday's blinks for each episode. The result may surprise you.