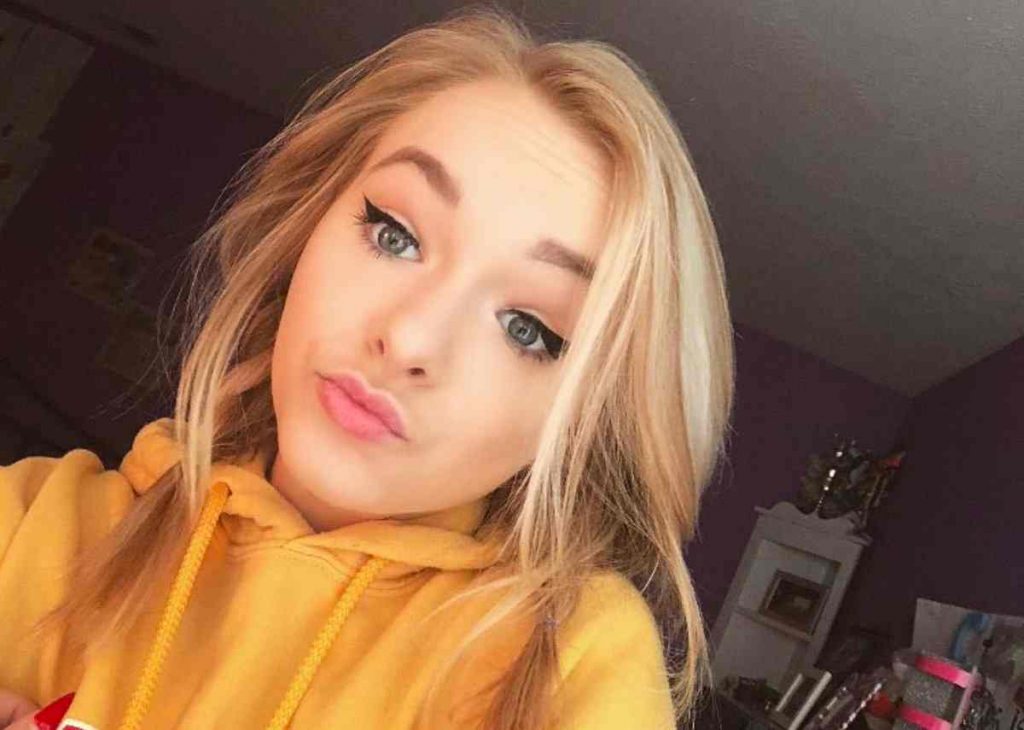 Zoe Laverne is one of the most popular tiktokers. She started her account in 2016. In addition, the girl is promoting her Instagram. Together with her boyfriend, Zoe runs a YouTube channel where the couple talks about their relationship.

Zoe Laverne was born on June 3, 2001 in Indiana. Zoya’s zodiac sign is twins. Her mother’s name is Debbie and her father’s name is Doug. The tiktoker also has a brother, Eric, and a half-brother, Cameron.

In 2016, the girl installed the Musical.Ly application on her smartphone.

Then such resources were not so popular. Soon she began to upload various videos, most often the girl just moved her lips to the music.

After some time, the blogger was noticed and began to actively subscribe to her profile. When the number of followers Laverne reached a million, the administration of Musical.Ly “crowned” her.

The app soon changed its name to “Tik-Tok”. The girl continued her blogging activities. Thanks to the music videos, her account has amassed over 15.5 million followers by June 2020.

The total number of likes for the blogger exceeds 1.4 billion. Tiktoker uploads videos several times a day and each of them collects hundreds of thousands of views.

In addition to TikTok, Laverne runs Instagram, where, as of June 2020, there are over 2.6 million subscribers. Together with her boyfriend Cody Orlove, the blogger organized an online store in which the couple sells their own merchandise. Here you can buy posters, clothes and a soft toy in the form of a cow. Sales started in June 2020, a week later all products were sold out.

She also recorded the song “Thinking of You” with Cody Laverne. The girl has not yet positioned herself as a singer. However, there are already 2 tracks in her discography. A song titled “Lost it All” was released in the summer of 2020.

In 2015, Zoe created a YouTube channel. The first video was uploaded on October 4, 2018. In two years, the video has collected more than 200 thousand views, and over 430 thousand people have subscribed to the channel. Mostly the girl posts talking videos or makeup.

In 2020, the blogger became a public figure. She performs in various actions to combat racism. It is known that the girl donated money to the BLM Foundation, and she encouraged her Instagram followers to do the same.

Zoe is known to have dated Instagram star Zephan Clark. Laverne has been in a relationship with Cody Orlov since 2017. Young people met on social networks. The girl stumbled upon the guy’s profile by accident, Zoe was impressed by the number of subscribers on his account, and the tiktoker decided to get acquainted with Orlov.

Fans of this couple call this union “Zodi”. That is why some items in Zoya’s online store are labeled “Zody”. On February 12, 2020, Laverne and Cody got married. The girl announced this on her Instagram, posting a photo from the wedding.

Zoe Laverne is a sweet and creative girl. She is quite a versatile person. Already at the age of 18, the tiktoker was self-supporting. Zoe will definitely reach great heights, thanks to her mind and hard work.